September 1, 2021 will forever be remembered by the University community in general and the city of Sangmelima in particular. Barely three semesters after opening its doors to Congolese and Cameroonian students, the Congo-Cameroon inter- state University witnessed the going into operation of its University Digital Development Centre.
It should be mentioned that it is the first of its kind to go operational after being connected recently to the appropriate electricity network.
The ceremony in sangmelima, presided over by the Governor of the South Region, representing the Minister of State, Minister of Higher Education, is a foretaste of similar events to follow in the near future in the other eight University Digital Development Centres and National Supervision Centre of the University Digital network.

END_OF_DOCUMENT_TOKEN_TO_BE_REPLACED 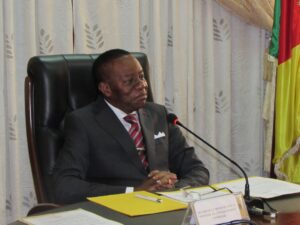 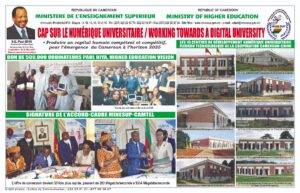